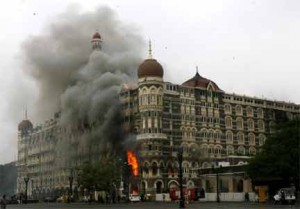 On November 25, 2008 a group of Islamic terrorists invaded and lay siege to the building all employees and guests of the Taj Mahal Palace Hotel in Mumbai. Remarkably all the employees chose to remain in the building, rather than flee to safety as they were instructed to do in cases of emergency. At the risk of their own lives, they chose to help save hundreds of guests trapped in the building. It was a stunning act of heroism from these workers, young and old, an awe-inspiring example of selflessness and spiritual determination. At a recent conference benefiting Harvard Business School, I had the privilege to meet Rohit Deshpande, who spoke to me about the incident. (At HBS, he teaches a case study based on the event: “Terror at the Taj: Customer-Centric Leadership.”) He also encouraged me to watch his TED talk which I did. Deshpande is a marketing professor at Harvard Business School and has explained this event, in part, as an organizational phenomenon: something that might actually be a case study for teaching how employees anywhere can become selfless agents of good and the important role culture can play in managing business organizations.

After setting off plastic explosives in a nearby café, the young terrorists broke into the hotel — in the chilling security footage they could pass for college frat boys — and started roaming the halls. They carried automatic weapons and more explosives, and they called out to guests: “Come out or we’ll shoot you.” Eventually they set fire to one floor of the hotel, which burned steadily for hours as the siege continued through two days and three nights. Early on, some employees actually fled, yet outside they had second thoughts and returned to join the ones who had stayed put. Immediately they began to take whatever steps they could to protect the guests. Some called up to the rooms and told people to remove their key cards from a slot that lit up a light in the hall indicating the room was occupied. Others called as many guests as possible with instructions on how to stay low and stay put. Meanwhile, others covertly escorted guests out using exits where they could leave undetected, and then secretly returned to help more guests escape. All told, more than 1,700 people — employees and visiting or overnight guests — were at risk of losing their lives.

The outcome was both inspiring and sobering. Many people gave their lives by staying behind to help: a group of chefs formed a sort of bucket-brigade to escort guests quietly out through the kitchen, and they were discovered and gunned down by the terrorists. Half a dozen chefs died. The hotel’s general manager stood his ground, even though his wife and children were huddled in their room on an upper floor — and, though he survived, his family died in the fire that crept through the building. These inspiring sacrifices arose out of India’s culture of compassion toward guests — people are taught to serve a guest as if he or she were God–as well as the core values instilled by the management of the hotel. The general manager, Karambir Singh Kang, said, “My father was a general in the army and he would often tell me, you are like the captain of the ship. That’s how you think, you are the captain, and you are the last one to leave, and if it sinks you sink with it.”

No one, including Deshpande, pretends to fully understand the nature of this goodness. His video quotes the chairman of Tata Sons LTD, the hotel’s owner: “I can’t explain it, there were no manuals, no instructions on what should be done in these circumstances. Individuals from the waiters to managers of the restaurants all had this goal to get guests to safety.”

Of the 1700, only 34 people died. Of all the lessons one could draw from this episode, it suggests to me that work is fundamentally a moral act. It’s an act of service, where you can put the needs of others — customers, employees, the organization itself — above your own. In any context, the sacrifice and courage that emerged in this hotel would be astonishing and chastening for any of us who chafe under the requirements of what we do to make a living. Work is life, and life at its deepest levels can be an act of compassion. We’re all here to help others. It’s who we are, at our best. I highly recommend spending the time watching Deshpande speak about this event and think about his reflections on how a company could nurture this kind of heroism simply as a quality of an internal culture where people live to serve others. It’s remarkable.