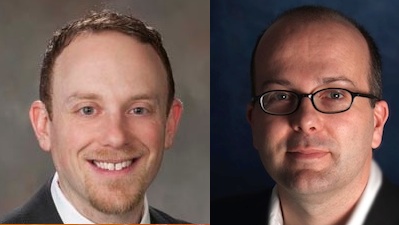 As a follow-up to a previous post about The Hero Report, I did a brief interview with Ari Kohen and Matt Langdon, about their study of and advocacy for heroism. When I came across their work that examines and promotes heroism in ordinary lives, it seemed both unusual but also one of those instances when you think to yourself, “Of course! Why hasn’t this been done already?” So I wanted to ask them a few questions about heroism and how it applies to all of us.

It’s interesting and encouraging that you guys are focusing on heroism as a category of human behavior that, you all seem to be suggesting, offers an opportunity to everyone to raise his or her game to a higher level. It isn’t just a role reserved for exceptionally good individuals. Isn’t that a pivotal assumption behind your work?

Ari: This is certainly what we have in mind. I think in the past Matt and I have referred to it as every day heroism or something to that effect; in fact, I have an article on heroism in Rwanda that talks about how ordinary people do extraordinary things.

Matt: That is right. Anyone can be a hero, it’s not something reserved for a chosen few.

Part of what needs to happen, given this approach, is a clarification of terms. The word “hero,” as you’ve pointed out, gets confused with “idol.” Heroes aren’t simply black swans, in terms of talent, but are morally exceptional people. Tiger Woods is, or was, a golfer with rare skills, but he has been, as a human being, almost an anti-hero, right? Is there an agreement on what it means to actually be a hero? Fame and exceptional talent aren’t essential, are they?

Matt: One of the first things anyone wanting to study or work with heroism has to do is come up with a definition. I think you’ll see differing definitions all over the place. I see three types of heroes: The Idol, The Action Hero, and The Reaction Hero. An Idol is someone we look up to – someone who inspires us. An Action Hero is someone who commits a lot of time to doing good things for others despite a risk or sacrifice. A Reaction Hero is someone who risks or sacrifices for someone else in a spur of the moment incident.

To follow-up, wouldn’t Roberto Clemente be nothing more than an exceptionally talented individual if he hadn’t undertaken the relief mission that led to his death? It’s the latter than makes him a hero, not the former, correct?

Matt: That’s right, it’s not the sport that made Clemente a hero. It’s debatable if the flight even made him a hero, unless he knew there was a risk involved. If he was just being a good citizen, there’s no risk there. That tends to often be the line between altruism and heroism.

Ari: I agree with Matt’s comments here. More people ought to conduct relief missions; that’s altruism and good global citizenship. But I would say that it’s not necessarily heroic unless there’s a serious risk or sacrifice involved.

By this definition, it’s ordinary daily life, where people can simply choose to adhere to responsibilities and selfless devotions to others, the theater for genuine heroism—in ways far more significant than the sort of behavior celebrated as heroism on battlefields and disaster sites?

Matt: I think battlefields and rescue sites offer more opportunities for heroism because they are more dangerous. Someone living a boring and safe life is less likely to be put into a situation where heroism is called for. That doesn’t mean they can’t (or shouldn’t) prepare for it.

Ari: Matt and I have talked about this a lot on the podcast; I frequently contrast my life with a heroic life. It’s not that I can’t take heroic action in my life, but my life is such that it’s less likely that I’ll find myself in a situation to act heroically than would someone who takes more chances in their job or their personal life than I do.

In your different roles as experts and/or teachers, on the subject of heroism, what do you stress as the key, defining factors for everyday heroism? Is that, in fact, the focus of your work? What are the key elements for being a hero?

Matt: Teaching heroism is definitely my focus. The key elements for heroic action are choosing to do something for someone else despite a perceived risk or sacrifice. In teaching to prepare for that, I encourage people to be more aware of their surroundings, be prepared to stand out from a crowd, and to consider what you would do in the situations you see in the news.

Ari I don’t actually focus on teaching heroism in the way that Matt explicitly does; instead, I have one class where I teach about heroism and in my current research I’m working on untangling the way we think about and use the term heroism (the working title of my book is, actually, Untangling Heroism).

In the time that you’ve each been studying and teaching heroism, what results have you seen, as a consequence of your work? What impact has the act of studying/teaching had on the lives of students or others you’ve connected with, on this path?

Matt: I’ve seen and heard of students in schools taking action for others despite knowing that they might get hurt. I’ve also seen students deciding to take prolonged action for a cause. I love seeing them feel empowered.

Ari: I’ve learned a lot about what people are doing because I’ve gotten to know Matt and the many podcast guests to whom we’ve spoken over the past year. It’s been a great learning experience for me and quite uplifting at times to hear stories about other-regarding heroism that might not always get the sort of media attention that villainy or bystanderism can garner.

How did each of you come to this work? What led you to this?

Matt: I was working for the YMCA teaching and creating character education programs. I also read a lot of heroic fiction when I was young and was intrigued by the idea of showing kids that they could be heroes. I figured if they were hooked by that, I could teach character more easily. It turns out that I am more interested in teaching hero-preparedness than character.

Ari: Most of my writing has been on the political theory of human rights. I came to be interested in heroism from doing research on human rights, especially in reading about the responses of individuals to human rights abuse. In particular, I suppose that Holocaust rescuers have always been of particular interest to me and that the experience of the Holocaust led me to study both heroism and human rights more generally. My grandparents on my father’s side are both Holocaust survivors and their experiences instilled in me, from a very early age, the importance of respect, tolerance, and caring for the other.

How has the study and teaching of heroism had an impact on you and your own behavior? Do you have any stories of how you have changed what you do as a result of your work?

Matt: I am regularly asking myself what I would do in situations that I see in the news, but also preparing myself for hypothetical situations when I’m out in the world. I see this as developing my heroic imagination and am pretty confident it is putting me in a good position to be able to break through any bystander effect barriers if I’m needed to be heroic.

Ari: It’s hard to say. I wish I had something more concrete that I could point to, but I think the most obvious thing is that I’m now writing about, teaching about, and podcasting about heroism; I wasn’t doing any of these things five years ago.