Toward A Universal Spirituality 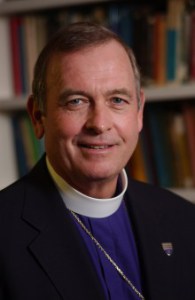 When he was a little boy, mid-20th century, John Chane, who is now a leader in the Episcopal Church, showed up for the birthday party of a friend from school. A dozen other kids had been invited. Everything was set for a happy celebration. The house was all decked out for the party.  John was the first to arrive, so he and the boy and the boy’s mother waited patiently for the other children. Five minutes stretched to ten, and then to twenty, and then half an hour. They realized no one else was going to show up. “Why didn’t they come, Mom?” the boy asked. As she cut slices of cake for her son and John, she said, “Maybe because we’re Jewish.” It was an incident that stuck with Chane all his life, and he was reminded of it again, two years later, when his own mother, a real estate agent sold a house to an African-American couple in a neighborhood where they were the first of their race to own a home. Not long after they moved in, someone tossed a Molotov cocktail through their living room window.

These two events had a profound impact on him. He’s still thinking about them now. At a lecture this past summer in Chautauqua, he explained why his front-row seat on these acts of discrimination has led him to brood on these events for decades — and sadly, many more of the same for decades — and for good reason. The divisive hatred that drove those incidents continues to grow in power throughout the world, in many cases because of religious affiliation. Finally, in 2004, when Chane met with Mohammad Khatami, Iran’s former president, and noted that the Iranian leader was reading Huston Smith, a leading scholar of comparative religion, he had a bit of an epiphany. Here’s was a major figure in a religion feared by so many in the Christian west studying the work of a man who sought to illuminate the most original teachings at the core of all the world’s major religions.

It opened Chane’s eyes. He began to realize that religion requires a new language, a neutral language of the sort that science has found in mathematics. With a new way of expressing its essence and aims, Christianity — and other religions — could cease to be a divisive, sectarian set of doctrines and behaviors. The way forward would be to find a new, more inclusive way to speak about spirituality and values. He pointed out that many Christians act as if Christianity worships a different God from the one worshipped by Jews and Muslims, when in fact all three religions belong to one continuous monotheistic tradition and ultimately worship the same God.

In their work, authors like Karen Armstrong and T.M. Luhrmann aim toward exactly this sort of thing. They point away from sectarian doctrine toward an understanding of Christianity — and other major religions — as a complex pattern of behavior that can alter a person’s entire way of relating to the world and other people. Religion can be a practice that alters ones nature in a fundamental way, not a set of propositions to be defended or debunked. It shouldn’t be about doctrine, or ideology — the labyrinth of belief that inspires conflict. It’s about the coordinated functioning of perception, character, and action, founded on a compassionate and fearless relationship to life. For a deeply faithful person, in any major religion, there can be no enemies. This is a radical way of life and it requires a language that can convey its power and relevance even to non-believers.

To find this new language isn’t about helping a church or creed expand, but to clarify and deliver a crucial message of sanity to people who need it. We need the help to envision a world where “the other” matters as much as we do. We need help to learn to live with kindness and compassion and tolerance. This is what religion ought to offer.  As the Bishop put it: “I believe that we are all raised up and sent by the one God. A common language will show us a new reality to life of joy and reconciliation. This new vision of life will be defined by our compassionate care of the other.”