The Only Way to Win 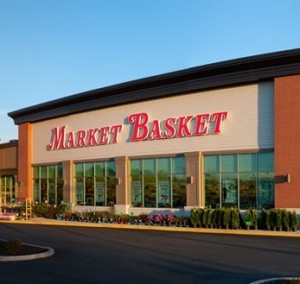 Few business stories have Hollywood endings like the one Market Basket enjoyed recently when it defeated a hostile takeover. That may not be quite the right term for what almost happened. It was an internal power struggle that turned into an astonishing tale of employee and customer loyalty. Five family shareholders forced the CEO to step down, against the wishes of his three family supporters. They were outnumbered by one. The ouster prompted an unprecedented boycott by workers and customers. Market Basket isn’t unionized, yet its two most important constituencies–employees and customers–immediately shunned the stores. In the process, they nearly shut down the company, in the hope of saving it. In the end, the beloved CEO, Arthur T. Demoulas, was rehired and given ownership of the New England supermarket chain. He won in the end, because he had been running Market Basket the way all companies must be run in the 21st century–by recognizing that its employees and its customers are the primary source of its success.

It started with a struggle between two Arthurs: Arthur T. Demoulas and Arthur S. Demoulas. The latter teamed up with four of the nine family shareholders and fired Arthur T. in order to bring in two new CEOs the run the operation. It’s a family feud that reaches back into the 90s, and the ultimate goal appears to have been to cash in by selling the company, according to reports by PBS and the Boston Globe. The parent company of Hannaford, another grocery chain, apparently put in a bid. As the dispute heated up, no one expected employees to walk off their jobs. More remarkably, in protest, customers quit shopping at the stores. Picket lines formed. Shoppers joined in the demonstrations after buying their food at other supermarkets and then taping the receipts to their favorite Market Basket’s storefront windows. They chanted: “We’re in the grocery business second; the people business first.” In July, more than 2000 of the firm’s 25,000 low- to middle-income employees rallied in Tewkesbury outside corporate headquarters for the 71-store chain. At this point, the company was losing $10 million a day.

At stake was the loyalty Arthur T. had shown to his workers and customers–which they were returning to him in full. He takes a personal interest in the lives of the people who serve him. PBS interviewed one of his workers, Mary Jane Findeisen, an officer manager Methuen, Massachusetts. She told them that her CEO had come to the hospital where her husband was dying and spent nearly an hour with her. He cried along with her. Other workers would get phone calls on special occasions or when they were facing personal troubles. The company also offers profit-sharing system, scholarships and generous wages. Full-time clerks earn $4 more per hour than the Massachusetts minimum wage.

That kind of care for employees radiates outward. Happy and loyal customers pay it forward in the way they treat anyone who shops there. As a result, Market Basket not only has customers for life, it has a market share that actually comes to the rescue of its CEO–as well as employees who would go for a month without pay to make sure he keeps his job.

Supermarkets don’t have much of an edge when it comes to product: groceries are groceries. Produce and meat can be a little better at one store or another, but for the most part, a supermarket sells commodities. More and more companies are facing exactly the same challenge. More and more often, the only way to establish a competitive edge now is by recognizing employees as the ultimate source of success, not just a company’s largest expense. A CEO who operates by the most humane values will find that his or her workers will do nearly anything to make sure their company succeeds. And customers will gravitate to that kind of purpose and energy.

Arthur T. won his struggle. The loyalty of those who depended on him for their livelihood, and their food, forced the hostile faction of shareholders to sell the company to him–once he’d borrowed enough to gain complete control of the firm.

On Aug. 27, he stood in the bed of a pickup truck outside Market Basket’s headquarters and thanked his assembled supporters: “Words cannot express how much I appreciate each and every one of you. You are simply the best. As I stand here, there is very little that I could ever add to your brilliant work, your extraordinary display of loyalty, and the power of your enduring spirit over the past several weeks.”

Anyone who runs a company now could learn some crucial lessons from Market Basket. Family-owned companies aren’t the only ones that can treat those they serve–and those who serve them–as if they were members of the same family. It isn’t just the right way to do business; it’s the only way to win now. As Arthur Demoulas toldhis workers: “You have demonstrated to the world that it is a person’s moral obligation and social responsibility to protect the culture which provides an honorable and dignified place in which to work.”