The Imitation of Jesus 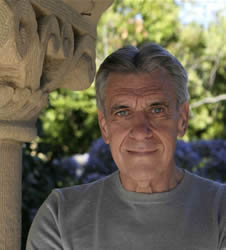 In The Constant Choice, I talked with a couple of celebrated Biblical scholars about my view of Jesus, and whether or not my simple views were consistent with Christianity itself. I believe that the life of Jesus and his actual sayings matter far more than the churches founded in his name. I was reassured repeatedly that, yes, I am a Christian, because I believe that the attempt to follow Jesus is what matters more than which Christian organization one belongs to. Yet, it’s still encouraging to read James Carroll’s thoughts in this vein, recently published in The New York Times.

In his Op-Ed, he outlines the core teaching of Jesus and the way in which Pope Francis has tried to elevate that teaching above and beyond the practices of the Catholic Church. In other words, he pointed to how the Pope has made it more important to be a Christian than, strictly speaking, to be Catholic. He writes, “The church exists for one reason only — to carry the story of Jesus forward in history, and by doing that to make his presence real.” He says that though the message of the New Testament was fundamentally a moral one, Jesus was more than simply a moral teacher. He says, “If faith in the divinity of Jesus is left behind because it fails the test of contemporary thought, Jesus will ultimately be forgotten. What if the so-called divinity of Jesus lays bare not so much the mystery of God as the majesty of what it is to be human?”

That is a sentence I love, not only because it affirms the divinity of Jesus, but also because it portrays Jesus as an exemplary human being. For me, Jesus offered a way to be a perfect human being, which the new Testament defines. It’s a book that asks us to become perfect, even though for the most part we’ll fail in the attempt. So, if we’re meant to follow Jesus, it makes sense to ask who he actually was, apart from the dogma and the religion constructed around him. A conversation from 2006 between Biblical scholar and philosopher, Thomas Sheehan, and Robert Harrison, both professors at Stanford, clarifies what can be known about Jesus with any certainty. Jesus was not born in Bethlehem, for one thing. He was indeed some kind of skilled manual laborer, though not necessarily a carpenter. He was one among many siblings in a large family.

Jesus (Jeshua) preaches a . . . message that wasn’t apocalyptic. (He envisions) God slowly growing in people, in groups, if they radically change their lives. (The message is to) turn your whole life around and live a life of justice and mercy. Change takes place in communities, long-term. The finger of Jesus points to the people of Israel, and he was saying they are the locus of God’s in-breaking power.

Sheehan and Carroll both stress that Jesus was fulfilling the Old Testamant and was speaking primarily to Israel, offering a Gospel of love as a fulfillment of the Old Testament commandments. All the old injunctions to be good, and to turn away from evil, are summed up by his teaching: to love your neighbor as yourself and love God above all things.

Not only did Jesus preach these simple commandments, he acted them out in his own life. Sheehan points out that “everyone is equal at the table of Jesus. He lives in ritual impurity during these meals (with anyone who comes) either because they are toll collectors, tax collectors, or prostitutes . . . for God there is no unclean-ness. There is mercy for all who repent.” And by repent, the stress is on what he previously described as a radical change of mind and heart, a revaluation of what matters in life.

Carroll doesn’t suggest the Church, or any church, is irrelevant or necessarily a hindrance, but his point is that it serves primarily as a way of keeping alive the words of Jesus and the story of his life. That is the essence of Christianity for me, the moment when people hear the words, and the story, and put them into action by making a constant choice to be more like the one who gave his life to make them come true.