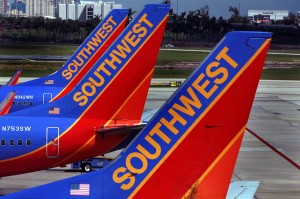 Southwest Airlines remains one of the most remarkable success stories in American business over the past quarter century. After its first year as a start-up, Southwest has been profitable for 39 consecutive years. It has consistently ranked high in Fortune Magazine’s “100 Best Companies to Work For in America.” Part of its success can be attributed to smart operational principles: flying only one type of aircraft so that training and service are one-size-fits all for standardized jets; choosing smaller airports to avoid disruptions by other airlines; and eliminating non-essentials like meals and seat assignments.

Yet the core of its success also lies in how well it treats its employees, communities and the planet itself. It serves its employees as it wants them to serve customers: with respect, friendliness, and a concern for their welfare. It cares about the communities it serves and takes steps to preserve the environment in the way it handles materials and processes. In other words it wants to inspire loyalty at all levels: from employees and customers, as well as anyone else affected by its operations.

What’s most interesting to me is that Southwest has given its employees an ownership stake in the company itself. Employee Stock Ownership Plans have been a fixture in business for many years, and they have both supporters and detractors. I’m a wholehearted supporter. It’s common sense that if your own skin is in the game, you’ll play harder to make the whole team win. And beyond that, you’ll be injecting more money back into the economy as a whole, for the benefit of the country, the largest stakeholder of all. Our economy now is top-heavy: the stock market has been booming again, so the ownership class has gotten even wealthier, yet the middle class is comparatively stagnant. Employee ownership is one vital way to redistribute corporate profits back into the hands of people who will put that money to work immediately though savings and spending, supporting small business and investment in new ventures vital to job growth.

At any given time, Southwest employees own as much as 15 percent of the company.Colleen Barrett, president emeritus and company co-founder along with Herb Kelleher, says, “Employees feel like owners because they are owners. We’ve had flight attendants and mechanics leave Southwest as millionaires. We treat them like family.” As soon as the company became profitable, in 1973, it began profit-sharing. This wasn’t a response to discontent or the threat of unionization. In fact, the company is almost entirely unionized–but labor-management relations are understandably ideal. Profit sharing was simply an inevitable result of enlightened leadership that actually cares about its people as human beings rather than simply workers.

In order to understand how Southwest’s management principles could be a bellwether of one powerful initiative to narrow the income gap in this country: a story in the New York Times from 2006. In it, a man who collects boarding passes–now a millionaire on the strength of his company stock–is still working for Southwest, having boarded the company when it was founded in the early 70s. He doesn’t need the income, so why’s he staying in his seat? He loves the company and wants to be a part of whatever happens next.

In the article, Deborah Stembridge says, “My friends who left early at Southwest regret it so much.” She began as a flight attendant just as the company was starting up.

What company wouldn’t want to have this kind of loyalty from workers who want to stick around even though they’re independently wealthy–thanks to the company’s willingness to share its success with them?

One of the core principles I learned in running a multi-national corporation was to put employees first, with customers coming second as a priority for top leadership: not something you hear expressed every day, for fear of alienating customers. Nobody but Avis wants to be considered second in any pecking order, right? Yet the same principle is there in the Southwest management philosophy: because by putting employees first, they will do the same for customers. You get your cake and a chance to eat it too: employees and customers both end up on top.

As Barrett sums it up: “First and foremost, everyone practices the Golden Rule. If you know the Golden Rule, you don’t really need to know our mission.”

Southwest and a quite a few of other companies care about all their stakeholders. In business today, shareholder maximization skews unreasonably to a privileged few. It’s not only morally perverse; it also robs the business of its greater potential and contributes to income inequity. Southwest has broadened its ownership to channel the rewards of success to everyone who has helped make it happen. In the months ahead, in this column, I will explore and pursue both the classic focus on short-term shareholder value maximization and compensation systems, like the one at Southwest Airlines, that reward everyone the company depends upon.