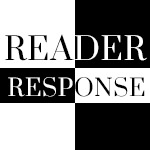 A recent post of mine, “Am I Really a Christian?” got some interesting response at The Huffington Post.  Some of it was thoughtful and worth passing along. My point was a modest one: religion serves to encourage and inspire us to make better choices and be better people. When it comes to doctrine and dogma, religion becomes divisive and counter-productive. When someone says God, I tend to see an extra vowel and read Good. Be good and you’ll be closer to God. Some agreed with me, others responded intelligently that being a Christian actually means believing in a particular narrative about the world: that it will be redeemed and made new for those who have faith in that future. I don’t actually disagree with that view. Yet I tend to interpret the narrative as yet another call to good choices: yes, the world will be made new, if we choose to make it so by becoming new people. It’s in our hands. It’s up to us. Let’s make it new. Here are some interesting responses:

The basic tenants of “Christianity” are a belief that Jesus was born the son of God via immaculate conception and that he rose bodily from the grave in order to atone for sins. This is a matter of modern definition, but it has not always been so. There were once a wider variety of Christians before one side joined with the Roman government and arranged for the torture of those whose understanding of Jesus and God is different. Sadly, none of this is what Jesus emphasized.

Jesus spoke about love, even loving one’s enemies, but the church didn’t want love, and especially not for enemies. He spoke about peace, but the “onward Christian soldiers” didn’t want peace. He spoke about giving to the poor, but the “christians” didn’t want to give up their money. So, “Christianity” became about a set of beliefs in supernatural magic tricks instead of commitment to act in love and charity as Jesus did.

Christianity, the organization and its rules for membership, has very little to do with being a disciple of Jesus of Nazareth. Note how the Apostle’s Creed, a key foundational statement, is wiped clean of any mention of the word “love”. You may not be “christian” Mr. Georgescu, but may very well be a disciple of Christ.

Good article. Jesus addresses this, and says that any who follows his teachings of love, are saved. If they were not, wouldn’t that directly conflict with Jesus’ saying that a good tree can bring forth no bad fruit, only good fruit? Paul even address’ this in Roman’s 14, there are many ways to heaven, and it is personal, and you should never criticized another’s path to salvation. Churches that deal with the “doubtful disputations” as if they were doctrine, are putting the “stumbling blocks” in the way of other’s that Jesus warns about.  –

In a sense, the author has a valid point: when it comes to ethics, there isn’t much overall difference in most religions; if it’s all about the Golden Rule and being like Jesus, a lot of Hindus, Buddhists, Jews, Muslims (and more than a few agnostics and atheists) are Christians.

However, the problem is that no one follows even their own ethical principles, let alone those of Jesus. The one thing every religion shares is hypocrisy, and what you do with your failures and any hope for the future (yours or humanity’s) is where the distinction lies. If it’s all just a matter of muddling through and hoping things work out and isn’t that a beautiful sunset, you might be an existentialist or a deist or an agnostic, but you’re probably not a Christian. If you’re looking for a God who will someday remake imperfect individuals and the universe anew, and banish evil and decay and futility from all of creation, and Jesus will be the one to announce and bring this about, then you’re a Christian. If you believe and announce that God in Christ is judging and saving the world, then you’re a Christian.

If you’re just going to be a nice person, why drag God into it? You’ll only bring him into disrepute when you fall on your face.