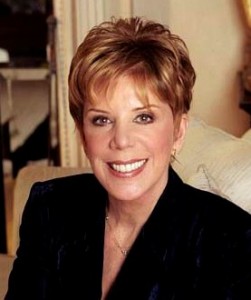 One thing that publishing a book has taught me, if you have the temerity to say what you think about anything, usually someone will emerge to oppose or criticize you. I have been lucky. Most of the response to what I’ve said, in book form or in social media, has been the equivalent of a warm embrace. (It helps to take a stand that isn’t terribly controversial. Most people don’t oppose you when you talk about choosing what’s good, rather than what’s selfish.) Yet there are often a few who find fault. It’s part of the reality of social media now: it’s a megaphone that amplifies emotions and rhetoric, while eliminating the inner censor most people have developed, out of courtesy and the necessity of just getting along in the crowded subway car of contemporary life, as it were. In real life, being nice to other people is almost a sub-clause in the Golden Rule: when you’re hanging out with strangers, on an elevator, waiting in line, filing into a theater, it’s best to keep your head down and mind your own business and just ignore the people you don’t like. Don’t shove. Don’t shout. Don’t be mean. Not so much on the Internet: tell everyone you approve of mangoes in a blog post and somebody in the comment section will call you a fool for not liking peas. Or they will point out that when you were in college, you took a stand against those mangoes because you objected to the pay scales of workers who picked them. You can sound fearless and forthright in denouncing someone or something while hiding behind the anonymity so much social media provides—the hard part is saying what you think and then willingly taking some arrows for it. So speaking one’s mind these days works both ways: it can be either brave or cowardly, depending on how you approach it.

All of which is why I loved a recent Motivator email from Gail Blanke. She wrote:

The Roman Emperor, Marcus Aurelius (referred to as “the wise”) wrote, “If it is good to say or do something, then it is even better to be criticized for having done it.” But that can be tough to remember when you actually find the courage to express a point of view, stand for something (or against it) actually take action to make something you believe in, happen…and somebody (or “somebodies”) rakes you over the coals for it.

Teddy Roosevelt (who might have read Marcus Aurelius) was right: “It’s not the critic who counts. Not the one who points out how the strong man stumbled or how the doer of deeds could have done them better. No, the credit belongs to the man who is actually in the arena…who, if he fails, at least fails while daring greatly, so that his name shall never be among those cold and timid souls who knew neither victory nor defeat.”

So rattle that cage, will you? It’s time to step out, say something, do something…and if you’re lucky, get criticized for something…  Dare greatly.

I say speak your mind. That goes for the one who dares to start a conversation about something and the ones who disagree with her.  I would add one caveat as well: speak your mind, and be kind, as you do it. The calm and tactful and considerate voice is the one that will be heard the loudest in the end.