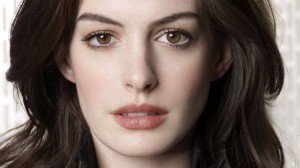 Is Hathaway Hating over by now? Probably not. It was in full swing before I spotted a story about it in the New York Post not long ago. When the Sunday New York Times wrote about it in more depth, I began to see why it dismayed me so much. As frothy and superficial as it is, in the vast spectrum of human ugliness, it’s actually an indulgence in the kind of tribalism that’s at the heart of much evil in human behavior. It’s a phenomenon I have tried to dissect and examine, from the perspective of my own experience as a child and adult, in The Constant Choice.  This may seem like a pretty mild form of blood sport to address as evil, which would put it in the company of atrocities where countless innocent people have died. But the feelings and thought patterns behind all this sniping are rooted in our deepest survival instincts, which in turn are the root of violence. Snark can be just as cruel and brutal as a saber or a bayonet. As shown in one example after another of bullying, psychological attacks lead to death too. Or, at the very least, a lot of misery.

I don’t think Anne Hathaway is in any danger from the hate-mongers, and if she were to admit that it makes her miserable, it would probably only inflame more loathing. You can hear the outcry on Twitter now: How dare someone who has everything pretend to be miserable! As someone who lives in a world of ordinary courtesy and everyday kindness, my reaction to Hathaway Haters is, for God’s sake, get a life. Aren’t there more significant issues to spend time ventilating about? She’s a radiant beauty, full of charm and talent, who seems entirely immune to malevolence, and she lights up the screen whenever she appears on it. Given human nature, though, this is precisely what’s wrong with her: she’s just too perfect and too successful. It looks as if everything comes easily to her. I’ve known, and I know, some extremely successful people, and trust me, it never comes easy. For even the most privileged, the free rides don’t last long. Genuine success requires enormous effort and discipline and much sacrifice.

The dark truth is that nobody really likes to see someone else win. We put enormous value on winning in this society—far more that we do on simply being good—and yet secretly we hate those who win. We envy them. It’s as simple as that. In this case, the envy has metastasized into a club where something even worse has taken over: the power of the tribe. The gang of non-winners who want to bring the exceptional individual down to their level—to feel as if somehow they are better than she is. As the Times pointed out,

P. M. Forni, a founder of the Civility Initiative at Johns Hopkins University, which focuses on manners and social behavior, agrees that piling on can be fun, in a perverse sort of way. ‘The sensation of belonging to a group of like-minded people activates the pleasure centers of the brain,’ Dr. Forni said. “So at a certain point, something like what has happened to Ms. Hathaway acquired momentum, and people were willing and eager to be part of that momentum.”

I sympathize entirely with Andrea Peyser, who wrote, in The New York Post: “What is clear is the culture has pointed its rage at a woman who is not cruel, ugly, psychotic or venal. She’s kind of a babe. A babe we don’t just love to hate, we’d enjoy stomping on her head and sending her, crying, into the night. And it scares the hell out of me.”