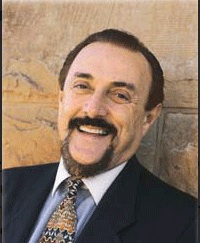 As a child in Romania, I watched the Communist authorities come into our house and pull my grandfather from my grandmother’s arms — taking him to a prison where he was eventually kicked to death by a guard. My brother and I, along with my grandmother were then put to work in a labor camp for years, beyond the ability of our parents to save us. They’d been on a trip overseas when we were seized and had no choice but to stay in America, trying one ploy after another to free us, all of it in vain. Eventually Romania released us, but only when President Eisenhower interceded on our behalf, after months of shaming publicity from the world media, which took up our cause with vigor. Yet this happened only after we were put through years of life-threatening labor. We came to America to live with our parents, and were blessed to have happy lives thanks to the goodness of countless people who helped us. Yet I’ve spent decades trying to understand the origin of evil in human behavior — what was it that prompted the authorities to put two small, innocent children through years of forced labor?

So when I first read about Philip Zimbardo’s famous Stanford Prison Experiment, it fascinated me. When you read about how ordinary human beings can be induced to act in a way most of us would consider evil, it’s easy to think it’s unnatural. Or that the conditions of the experiment must have created unusual pressures most people wouldn’t ordinarily encounter in life — and that the experiment itself must be to blame for the results. Yet, my own experience led me to see in this experiment an exposure of what is, in reality, tendencies innate to all human beings. I’d seen ordinary villagers adapt to a new Communist regime and commit evil against innocent people — it seemed this experiment was exploring precisely the kind of questions that had obsessed me all my life. It spurred me in my effort to comprehend why people can so quickly find themselves doing evil.

I write about this experiment and what it now means to me, and the road of personal exploration that led me to understand what I’d experienced as a child, in The Constant Choice. As it turns out, I found a way to forgive my Romanian captors by seeing evil as something built into the brain itself. It’s our heritage from countless years struggling to survive in the tall African grass, among our predators, after our primate ancestors descended from the trees. Most of what we consider evil was actually perfectly sensible behavior if you go far enough back in history. It kept us alive in a primitive world with scarce resources and tribal conflict. Our culture has evolved into something far more sophisticated with codes of action based on universal moral law — yet this moral law stands in direct conflict with what the older portions of our brain urge us to do under stress. Civilization has largely become an effort to evolve our culture and our behavior in a way that helps nullify these impulses that once enabled us to survive but now threaten our future as a race. Zimbardo showed that evil is integral to human nature, lurking in all of us. Yet, once we realize this, we can freely chose to move beyond these impulses — if we are on the watch for them in ourselves. But we need to recognize how close we all are to becoming a prison guard and then chose instead to be something far better — and that means recognizing how accurate Zimbardo’s experiments were and what they mean for all of us, when we consider all the choices we make every day.