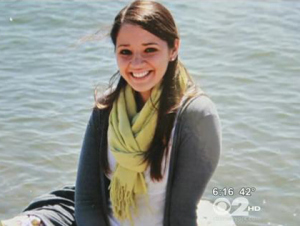 It’s easy to see the Sandy Hook killings as evidence of how deeply evil is entrenched in human nature. Yet the tragedy demonstrated, just as convincingly, how good human beings can be. We may be built for violence, but we’re also built for heroism. Staff members at the elementary school, again and again, risked their lives, or died, while trying to limit the number of killings. When the shooter came into the building, Mary Sherlach, the school psychologist, and Dawn Hochspring, the principal, ran toward him, trying to stop him. They both died as a result of their courage.

Victoria Soto’s story is even more compelling, though the details of her death apparently were needlessly embellished in the reports that circulated on social media right after the shooting. Apparently, family members or friends said that when Soto heard the shots outside her classroom, she herded students into a closet or bathroom and then went to the door and told the killer her students had fled to the gym. In this account, the gunman shot her and then wandered off to the gym. In an attempt to determine whether or not this actually happened, I searched for corroborative information and found a blog devoted to the subject of heroism. (I found more than one, in fact.) In this one, you can view two experts talking about the shooting in detail, as well as other recordings of video conferences they’ve had on different aspects of heroism. The site is called The Hero Report; A weekly podcast on heroism, and its contributors are Ari Kohen, a professor at the University of Nebraska, and Matt Langdon, whose company, The Hero Construction Company, offers schools a program for teaching students how to be “their best selves”.

In this conversation, Kohen and Langdon clarify what actually happened and, in the process, demonstrate that the actual truth is just as compelling as the fabrications spun around it.

Langdon: We talk about heroism and death in heroism a lot here, but when it’s just happened, it’s very visceral. Victoria Soto, her story, did the rounds on Facebook quickly. It doesn’t appear to be the actual story of what happened. Did you see that?

Kohen: I was waiting to see if we got details of what actually happened.

Langdon: She was found dead in her classroom and . . . it sounds as if all the kids survived. The story that went around on Facebook was that she came out of the door and told the gunman her kids were in the gym and he shot her and went into the gym. Sometimes we’re desperate for (certain kinds of) heroes and . . .  that’s what was happening on Facebook. Yet there was courage in just standing there. There’s courage in not running away. There’s courage in staying with your kids.

In other words, she was heroic simply staying in her classroom, facing the killer and standing between him and her students. As Milton once wrote, in a different context, “They also serve who only stand and wait.” The truth is just as profoundly inspiring as the falsified story about what happened. If her children did survive, then there’s no way to make her heroism any more compelling. And even if none of her children survived, she did all a human being could do: she stayed with them, hoping to protect them by risking her own life.

In other cases, the school’s staff risked their lives, as well, to escort students to safety. Many of them survived, but that, again, doesn’t detract from the selfless courage they showed. They had no assurance that they wouldn’t be shot. They could have fled and left the children to fend for themselves. The school custodian actually turned himself into a target by running around the halls shouting to students: “Get down! Hide!” In all these cases, one person after another valued the welfare of those children more than they clung to their safety, and, in some cases, their lives.

In one classroom, Kaitlin Roig successfully got all of her 15 students into a bathroom, then locked the door and pulled a bookshelf across the door. It worked.

Perhaps the most comforting story to come out of this atrocity happened in the school library. A group of 18 fourth-grade students was studying when they hear the sound of gunshots. Maryann Jacob led them into a classroom, but realized she couldn’t lock the door. She had them crawl across the room into a storage area, which she locked and barricaded with a filing cabinet.

Once they were safely hidden, they found coloring materials, so she put the students to work with paper and crayons. Even in the midst of a massacre, life goes on.