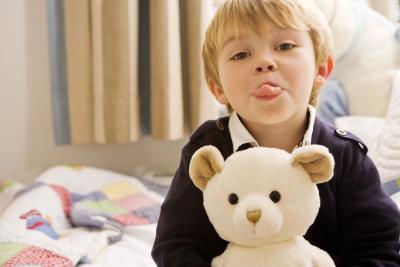 That, my friends, is a quote from the cover story in a recent issue of The Atlantic about how we’re spoiling our children with too much smothering care. It’s an interesting thesis, following on the heals of The Battle Hymn of the Tiger Mother, the story of one Asian mother’s attempts to raise her kids to be high achievers by turning her household into a bit of a boot camp. A more recent article in The New Yorker, which sparked quite a buzz, “Spoiled Rotten” lamented “snowplow” parenting, where doting moms and dads centered their lives on eliminating obstacles and frustrations that might discourage or prevent their children from eventually entering top tier colleges.

The thesis has some merit: if helicoptering parents don’t let their children experience disappointment, failure and pain, they’ll end up as clueless adults who have no experience of how life actually works—and miserable, as a result.

Yet this thesis is overlooking something. I’ve observed this same disease and discontent for years among many adults, not simply those who are just emerging from sheltered childhoods, kids who are hitting a wall in college. The author, Lori Gottlieb, is a therapist who began seeing more and more young adults in a state of stalled discontent, even though they had everything most people would want. The first one, was a bright, attractive woman in her 20s with good friends who arrived and said, “I’m just not happy.” Then a string of others, suffering from depression and anxiety, unable to commit to a path in life, or a primary relationship—people feeling empty and lacking in purpose. And they’d all had wonderful, caring parents. Some had ideal lives.

Gottlieb’s response to this is to blame the parents who essentially gave everything to their children as they were growing up, as well as coaches, teachers, and all the other adults in charge of their time, who rigged games and activities and studies so that nobody would lose and everybody, in some way, would win—or at least get recognition for effort. There may very well be a link between that kind of privileged upbringing and an adulthood with a stunted sense of meaning.

I think it’s a shallow gloss on what’s happening now, though.

I’ve seen this same acedia, as it was called in the Middle Ages, in successful people at all ages, the debilitating sense that something is missing in their lives. What’s missing is precisely an ability to serve something greater than themselves—to find a cause, a person, a group, a God, and then devote their lives to a sense of purpose that grows from this commitment. What these people can’t seem to do is get out of themselves—to see beyond their own noses. A pampered childhood might be one of the root causes of this inability, but the real origin of this discontent is our me-first culture itself, which is so obsessed with ownership and individual fulfillment. A child who isn’t given a free range of choices at every juncture may be stronger and healthier and more successful as an adult—but not necessarily any happier or whole. That person could just as easily end up feeling empty and purposeless in middle age, or earlier. No matter how you raise a child, if that human being doesn’t wake up to the larger picture, then happiness, fulfillment, a sense of meaning, becomes impossible. Every life needs to be connected to something greater than that particular individual’s desires and needs.

Tolstoy went through a period of despair late in life, after having already become one of the world’s greatest novelists. I think we can safely assume this guy had a steady course and sense of purpose in life, and he’d known a few of life’s disappointments and pains. He certainly knew how to write about them. He had money, but he wasn’t sheltered. He also happened to be a creative genius. And yet he constantly fantasizing about hanging himself, and he emerged from it with a commitment to his own version of Christianity—without an afterlife, without the God most Christians would have recognized, but with a total devotion to living a life based on the maxims of the New Testament. His writings, after he overcame this despair, essentially changed the world: they inspired the great figures of non-violent resistance in the 20th century including Gandhi and King. This personal transformation had little to do with his childhood and everything to do with his ability to redirect the exceptional selfish talents that had driven him to such heights of achievement and success. He started making choices in the context of a reality far greater than his own individual life.  Was he happy, at the end, when he died? It’s tempting to think that this question wouldn’t even have occurred to him, it had probably been so long since he’d paid attention to any measure of personal happiness. He was too contentedly absorbed in the mission he’d taken on. He had much larger things on his mind than his daily moods and personal sense of satisfaction.  His attention was focused totally on something other than himself.

Whatever takes you out of yourself gives you a glimpse of how the world can actually work in a better way, where people serve a course of action rather than their own self-interest. Don’t you notice how happy you are when you forget about yourself completely? How do you find ways to lose yourself in something that absorbs you? It could be something as great as a cause you fight for or something as trivial as a personally meaningful hobby.