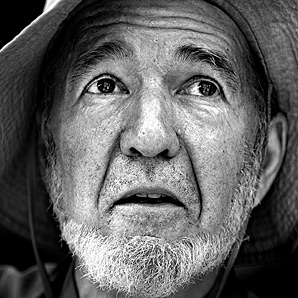 Jared Diamond, the author of highly successful books on human history, has written in his most recent book what strikes me as a wrong-headed commentary on religion — wrong-headed in a way that’s become increasingly commonplace these days among the anti-God cadre. It’s all about the irrationality of religious belief. Here’s a small, indicative sample:

“Hindus believe there is a monkey god who travels thousands of kilometers at a single somersault. Catholics believe a woman who had not yet been fertilized by a man became pregnant and gave birth to a baby boy, whose body eventually after his death was carried up to a place called heaven, often represented as being located in the sky. The Jewish faith believes that a supernatural being gave a chunk of desert in the Middle East to the being’s favorite people, as their home forever. No other feature of religion creates a bigger divide between religious believers and modern secular people, to whom it staggers the imagination that anyone could entertain such beliefs.”

He quickly runs through various examples of religious beliefs, dismisses them as comforting superstition, and moves on. (You can read a longer sample of the excerpt on Salon.com.)

It would help if Diamond, as well as his fellow anti-God crusaders, understood a fundamental distinction that represents one of the underpinnings of Karen Armstrong’s “The Case for God.” She points out that faith and doctrinal belief are completely different animals. Faith represents an existential commitment of the heart, a way of life, a set of behaviors and emotional responses woven into every hour of everyday life — expressed through constant choices both when alone and in social situations. In the modern era, the word belief has been degraded from its original meaning in the King James Bible, which was “I give my heart.” Now it has become an assent to an intellectual proposition used to help define the codes that make up a particular religion or sect. Belief in Christ used to mean an “engaged commitment to the call and ministry of Jesus.” It has little to do with intellectual agreement on some ostensibly factual truth about God. Here is how writer Brian Davis describes Armstrong’s insights:

“Faith” has its etymological roots in the Greek pistis, “trust; commitment; loyalty; engagement.” Nevertheless, by the dawn of the 18th century, as knowledge became a rational, theoretically driven venture “the word beliefstarted to be used to describe an intellectual assent to a hypothetical — and often dubious — proposition.” Religion would not be the same. “Until well into the modern period,” Armstrong contends, “Jews and Christians both insisted that it was neither possible nor desirable to read the Bible literally, that it gives us no single, orthodox message and demands constant reinterpretation.” Myths were symbolic stories and were never understood literally or historically.

Religion has become improverished and identified with an irrational belief in far-fetched stories — if taken as literal fact — which were intended as parables symbolic of larger truths in human life. The virgin birth became a miracle to be “believed in” literally rather than a myth about how a human child could also be identical to a perfect God. David sums up Armstrong’s point wonderfully: Religion isn’t about adherence to doctrines as literal truth; it’s about living ones life a certain way from hour to hour and day to day.

In “The Case for God,” Karen Armstrong explains that until the modern period, the major Western monotheisms all concerned themselves primarily with practice, the doing of religion, rather than doctrine. A good Muslim was one who stood alongside and supported the Pillars; a good Jew observed the Sabbath and remained committed to the Law and the ritual year; and a good Christian embodied the Sermon on the Mount by caring for the marginalized, promoting compassion and peace, and sharing God’s love. This is what it meant to be religious, Armstrong explains:

“Religion as defined by the great sages of India, China, and the Middle East was not a notional activity but a practical one; it did not require belief in a set of doctrines but rather hard, disciplined work, without which any religious teaching remained opaque and incredible.”

In other words, it isn’t about irrational belief. It’s about the constant choice between doing good and doing harm, with a faith that the human world will bend constantly toward the good, if the God in us all chooses collectively to make that happen.