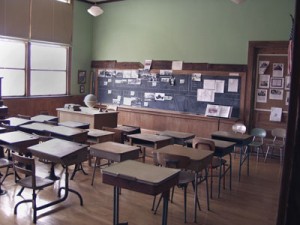 America needs to employ more people. Job growth and employment have been sluggish for years now. Part of the key to reducing unemployment is to improve our educational system. In the ever more competitive global marketplace, skill and knowledge are at a premium. We would do well to learn from other countries about how to better prepare our youth for employment.

In Europe, Germany stands out, as it does in other ways. Their trade schools provide the young with an exceptional path toward skilled jobs and a solid middle-class life. Finland and South Korea have risen to the top of the ladder, compared with all other country, in the performance of their secondary schools. And China is aggressively raising their educational standards. They have cherry-picked some of America’s best practices and appear poised to execute what they’ve learned on a large scale. (Our capabilities to do this pale in comparison).

Next, let’s look at the gap between the wealthiest 20 percent of our population and the rest of America. This socio-economic gap is becoming a chasm, and we need to intervene dramatically to close it. Charles Murray and Robert Putnam have come to a number of similar conclusions about the income gap, and they both urge this country to act now to rebuild our middle class. U.S. citizens are finding themselves locked into a caste system where the American dream of upward mobility is all but lost. It’s a fiction from another age. Future generations are now trapped. Equal opportunity is a fantasy. The current American crisis is economic.

Education is the answer, as it is to many of our other social ills. Without improving our educational performance, America will continue to fall even further behind other countries in measures of cultural and economic health. Where do we stand right now? In a recent editorial, The New York Times laid it out in brutal terms:

Recent data shows American students and adults lagging behind their peers abroad in terms of important skills. It suggests that the long-predicted peril has arrived… A particularly alarming report on working-age adults was published earlier this month by the Organization for Economic Cooperation and Development, a coalition of mainly developed nations. The research focused on people ages 16 to 65 in 24 countries. It dealt with three crucial areas: literacy — the ability to understand and respond to written material; numeracy — the ability to use numerical and mathematical concepts; and problem solving — the ability to interpret and analyze information using computers…Americans were comparatively weak-to-poor in all three areas.
In literacy, for example, about 12 percent of American adults scored at the highest levels, a smaller proportion than in Finland and Japan (about 22 percent). In addition, one in six Americans scored near the bottom in literacy, compared with 1 in 20 adults who scored at that level in Japan…American numeracy skills were termed “very poor.” The United States outperformed only two comparison countries: Italy and Spain.Nearly one in three Americans scored near the bottom in numeracy. That Americans were slightly below average in problem solving using computers was especially discouraging.

The Times points out that some countries are making slow progress from one generation to the next. But here, and in Britain, our skills haven’t improved over the years. Levels of aptitude for young people just entering the labor market are roughly the same as scores of retirees.

Finland stands out as a model for education. It has broadened access to instruction, improved teacher training and has created stringent requirements for the hiring of only the most qualified candidates as teachers. The Times suggests the U.S. should learn from the best countries how to remodel our educational system.

We must get serious about it, right now. As a country, we act in an arrogant way. We’re confident that we have the finest secondary school system and institutions of higher education, but the numbers are showing just the opposite. Our children deserve better.

In the next few weeks I will speak about ways we could improve the quality of education here, based on some wonderfully positive examples. We need to look to our communities and take stock of how far we’ve fallen behind — and then rebuild the system.

What do you think?