Doing Good is Good for You 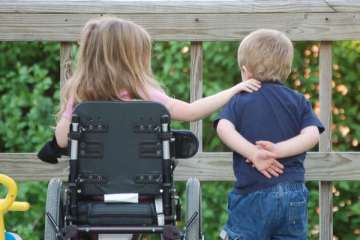 There’s a growing body of opinion in science that evolution, at least at the cultural level, has been driven, in part, by empathy and qualities normally associated with altruism. Down through history, when hunter-gatherer societies and tribes achieved a certain level of density and population, cooperative behavior became more than a competitive advantage. It became a necessity for survival. About a decade ago, Robert Wright explored this notion extensively, and beautifully. In The Constant Choice, I suggest that we’ve reached a critical stage in the history of the planet where we need to massively evolve as a species—through conscious choice—toward a non-zero-sum mentality. Global civilization has advanced to a point of interdependency where it’s crucial that we abandon selfishness in favor of a sort of goodness that values everyone’s well-being, not simply the success of a particular family, tribe, state or continent. Margaret Thatcher once told me at breakfast that, at least in Europe, tribalism would forever keep one nation at odds with its neighbors, at least, up to a point. With all deference to the Iron Lady, she was right when she said this, some fifteen years ago. Unless we have the will to change, she could be proved right in the current Euro crisis.

Let’s be precise here. I’m not calling some kind of radically new way of being-in-the-world. Cooperative, empathetic behavior has always been crucial to survival in nature, in varying degrees. Writing on Time.com, Maia Szalavitz tells a fascinating story of how a particular tribe, the Mbuti, worked cooperatively on hunts so that communal effort was rewarded with communally distributed food. One hunter, named Cephu, struck out on his own and essentially subverted the efforts of the group, capturing prey by setting up his trap in front of the group’s net, stealing the prey even while using the group’s efforts to flush the animals into his net. When he was captured, he defended his tactics claiming to be a more important individual than anyone else: a self-appointed Chief. (Wright has a great chapter on the ambiguous role of tribal chiefs down through history and how they have often abused their power.) This particular tribe claimed to have no chief and threatened to banish Cephu. He apologized, surrendered his spoils and order was restored. Pure selfishness was branded and banished, though Cephu himself was allowed to stick around.

Szalavitz concludes that as sense of fairness is inherent in human awareness: it’s built into our DNA. Infants, at only 18 months, show indications that they understand the notion long before they could have been taught right and wrong. They also show instinctive understanding of empathetic behavior, volunteering to help an adult in tasks where help appears to be needed—again with no instruction. Children have been shown to allocate more reward stickers to other kids who work the hardest in a group task, even if that means the child in question will get fewer stickers himself or herself.

As a species, we are built to do good, as well as evil. Brutality, at a certain stage of evolution, was crucial for the survival of the tribe. And yet, inevitably, within that tribe, and then among tribes, cooperative and altruistic behavior became just as essential, and then more essential, that violent self-assertion.

Our lives are balanced between the old brain and the new: between self-interest and group well-being. Yet we’ve advanced to the point where selfishness—in the service of one individual life, one clan, one tribe, one nation—at the expense of the “other” leads us backward, not forward. It’s anti-survival. We need to evolve, socially, as well as biologically—as the science of epigenetics has confirmed—quickly toward altruism and goodness. Ultimately, it’s just as selfish a game plan as the old, sneaky, blatantly self-interested way of getting through life, because it leads to a much more lasting kind of happiness. As Szalavitz writes: “Our stress systems themselves seem to be designed to connect us to others. They calm down when we are feeling close to people we care about — whether related to us or not — and spike during isolation and loneliness. Even short periods of solitary confinement can derange the mind and damage the body because of the stress they create. And having no social support can be as destructive to health as cigarette smoking.”

In other words, when you do good for someone else, you’re doing good to yourself, as well as your remarkable species as a whole.