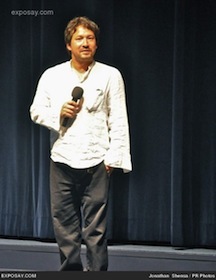 Remember when Joseph Campbell burst onto the scene when Bill Moyers did a PBS series on his work? The phrase “Follow Your Bliss” became something like a pre-Internet meme: do what you love and the rest will follow.  At the time, I was dubious. It sounded like a chant from the Sixties, back when flower children were advocating love, without applying themselves much to any kind of hard work. I spent the Sixties working long hours, trying to make enough money to support my wife and our son—and the grind I eagerly embraced was anything but blissful. All that effort led to wonderful things for me and everyone who depended on me, and I look back and feel I’ve been able to make a contribution because in some sense I didn’t follow my bliss at all. I just discovered what was worthwhile in my life’s work and found myself by surrendering to my work’s demands and challenges.

In the years since I first came across Joseph Campbell’s work, I’ve come to realize that maybe, in reality, I was following my bliss. But I haven’t been able to recognize that until I understood what Campbell actually meant by “bliss.” The executive summary on Campbell would be: he studied all the world’s religions and myths and came to the conclusion that most story-telling, in one way or another, has been about humanity’s struggle to transcend its own fear-based view of what’s humanly possible. Individuals transcend their ego-centered life by undertaking a kind of adventure—Campbell called it The Hero’s Journey. In takes as many shapes as there are human lives, but essentially it’s a process of stepping outside of one’s comfortable, daily world, encountering a challenge that transforms you, and then returning to your world with a new wisdom and courage and sense of purpose. I went through exactly this sort of transforming ordeal as a child in a Communist labor camp, separated from my parents, struggling to survive and defying the people who tormented me by vowing to show them how hard I would work and be of value. It instilled in me the habits and outlook that carried me through my life in America and enabled me to succeed and be a good person, as far as I’ve been able.

Looked at this way, Campbell’s notion of The Hero’s Journey was far from blissful. But recently I came across the work of Patrick Solomon and he helped me see what Campbell actually meant by “bliss”. He learned enough from Campbell to break out of his routine and actually make a documentary about the mythologist, thus putting into practice what Campbell advised. When his parents both died, one right after the other, the brush with mortality woke him up, and he vowed to follow his own bliss into a future he hadn’t had the courage to believe in. He realized he had to do something more meaningful than making films about snowboarding, skateboarding and motocross, as he’d been doing In a TEDx talk, posted only a few weeks ago on YouTube, he describes what the making of this film meant to him:

Do you live with fear or with courage and compassion? Campbell made a remarkable correlation between the hero’s journey and your life. He formulated it as “follow your bliss.” Do that which gives you the most joy. Whether you are raising a family, or starting a business, or teaching children, the journey is the same. The hero’s journey is, in the most sincere way possible, the journey of your life. Did you answer the call? Are you following your bliss?”

In this light, I really have been following my bliss because I’ve been doing the most meaningful work possible, given my abilities and history. And I’ve been doing it for those who depend on me, not simply my family, but the people who worked with me and for me. In that sense, “follow your bliss,” if it means doing what matters most to you, makes perfect sense. Campbell isn’t saying do whatever feels good. He’s saying, take the more difficult path, the one that leads you above and beyond your most selfish, confining impulses—transcend what is worst within you, which is always aligned with fear and selfish desire—and welcome the pain that inevitably comes from doing what is both worthwhile and challenging. Another way of looking at it is that you are separating yourself from whatever you cling to (for the sake of comfort and ego), and you do what’s good. That might mean morally good—it almost has to be doing something morally good as well as having a deeper quality of engagement compared to the life you’ve chosen out of caution. More often than not, you’ll be lifted out of yourself and find yourself called to do things for others. Forgetfulness of self is what bliss is really all about.

In what ways have you found your bliss? How often has it been through the act of helping others?