Our Culture’s Debt to Jesus 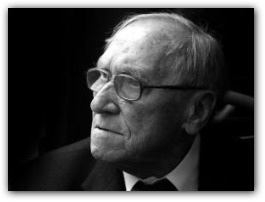 In one of his essays from half a century ago included in Is God Happy?, the Polish philosopher Leszek Kolakowski examined how Jesus shaped the history of Western culture — not as a theological, mythologist or psychologist — but simply as a layman seeing how the words of Jesus made us who we are today in many respect. Kolakowski was a world-renowned thinker who was expelled from Poland in 1968 by the Communists when he became a research fellow at All Soul’s College in Oxford. He lists five legacies of Jesus in the essay, rooted in essentially world-changing sentences from the New Testament in a section titled “Jesus for Us”:

As this Polish thinker sums up in his essay: “Jesus was not just a teacher but the model of the highest human values.” And even atheists can agree on his conclusion and take heart from the example of this Jewish prophet: “He incarnated the ability to express one’s own truth fully and loudly, to defend it to the end with no evasion, and to resist to the end the pressure of the established reality which rejected him.”

As he says earlier in the piece, Jesus appears to us, 2,000 years later, as a real human being who makes us aware of the darkness we inhabit and shows a way out of it. With the advance of civilization since his life on earth, an advance guided by his example, we’re part of the way toward his vision of a peaceful world. But we have a ways to go, don’t we? As I reflect on the thinking and wisdom of Kolakowski’s words, I am flooded by the hope that we can achieve our ultimate potential as a species — a feeling of hope and joy.