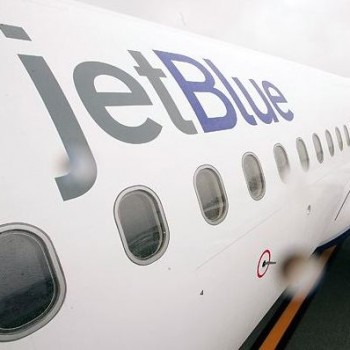 I remember JetBlue fondly. For quite a while after it began flying, I thought of it as the Avis of the air: it tried harder than any other airline to give you a bargain and make you feel you were flying first class, all at once. I was a loyal passenger. Their fares were always lower than anyone else’s. The attendants and pilots made you laugh at least once or twice on each flight. The in-seat televisions offered a way to watch the Jets or Giants on a Sunday afternoon if I happened to be up in the air. Much of what differentiated JetBlue and gave it a competitive advantage came directly from the character of its founder and CEO, David Neeleman. He was one of the good guys. Born in Brazil, he grew up in Utah, a Mormon whose values translated directly into the way he ran his business and the way he trained his workers to treat his customers. His personal lack of greed may be hard to take at face value, given the sort of exorbitant CEO compensation that has become commonplace in our bifurcated economy, but in 2002 he took a salary of only $200,000 with a bonus of $90,000–and he donated his entire earnings to JetBlue’s Crewmember Crisis Fund, an endowment created to help JetBlue employees in financial straits.

In other words, he was a model for the sort of CEO we need in our current economy, someone who understood he needed to care about only two things: his employees and his customers. I think it’s clear JetBlue was a model for the way a business should be run, built to establish and strengthen customer loyalty, not to squeeze every last penny of profit from their pockets. Yet Neeleman fell on his sword in the aftermath of a highly-publicized incident where one of his jets, full of passengers, sat on a tarmac at JFK for hours. Before he departed, a few months after than incident, he instituted aCustomer Bill of Rights to reimburse customers stalled too long in any of the airlines jets.

Since Neeleman left, JetBlue hasn’t really been the same, and what it’s doing now strikes me as corrosive to the brand identity it worked for so many years to create, with Neeleman at the helm. In some respects it’s still ahead of the competition. It has the newest, nicest terminal at JFK, and its employees are still cheerful, though they don’t joke or laugh as much with the passengers. The jets used to be the newest, with the most legroom. But after flying them for well over a decade, the new-car feel is gone. Most JetBlue fares are about equal to the rates offered by competitors now. Southwest lets passengers watch TV on their WiFi-enabled devices for free–ingeniously saving money by not installing TVs on the backs of seats, which would also add more weight to the jet. Thsi year, JetBlue phased out it’s policy of letting customers check a free bag, as the airline institutes three classes of fares. And its roomier seats are on the way out. It’s in the process of redesigning its Airbus 320 jetliners to hold 15 more seats, for a total of 165, compared to the 150 now. These are changes that erode the quality of a passenger’s experience: in essence we’re getting less and paying more.

At the same time, JetBlue now offers a premium service in its flights from coast to coast: JetBlue Mint. It’s the equivalent of first class, only better. For those longer flights, by paying about twice what a typical JetBlue fare would cost, you get a fully reclining seat and even, for the lucky few, a private booth, for work and TV viewing. You’ll be able to stretch back and nap, as if you were home in bed, as long as you pay anywhere from $509 to $1,209. This may seem like a customer-centric innovation that once again differentiates JetBlue from all the other carriers, but it strikes me more as a way to isolate the privileged elite, who can afford to get more and more, from all the rest, who are getting less and less for their money.

It’s still a great airline, but JetBlue is eroding its brand and slowly becoming like all the others. I’m disappointed. JetBlue, we were such good friends for so long, I hate to see you change. I’m sure I’m not the only one who feels a little jilted.