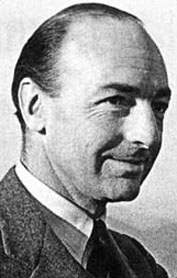 Can a zebra change its stripes? Maybe not. But people can make radical and unexpected changes in their lives—it’s never too late to start making good choices. We’re always free to do it. Our public figures fall from grace at regular intervals. (Quite a few names come to mind.) In other words, bad choices find their way into all our lives. And when you’re in a position of power it’s impossible to hide from the consequences. Yet people love redemption stories as much as they enjoy learning that their idols have feet of clay.

I was fascinated by an example of all this years ago, back when the Profumo scandal in Great Britain made headlines around the world. At the time I had no idea how it resolved itself quietly in the life of the figure at the heart of the scandal: John Profumo, I was a student in college, visiting my parents in London. My father had a job with a large American oil company with interests in the Middle East. That part of the business was headquartered in London. No sooner had I arrived from a summer vacation than the story of the decade shook the country and eventually brought down the Tory government. It was a classic British sex scandal that titillated the Brits and fueled the media with details that even the most imaginative novel would have been challenged to provide. Profumo was a brilliant aristocrat, a cabinet Minister who was also one of the highly respected Prime Minister’s special protégés.

In 1961, while married to Valerie Hobson, Profumo met Christine Keeler, a London call girl, at a party in the Buckinghamshire mansion owned by Lord Astor. The relationship with Keeler lasted a few weeks and then Profumo ended it. However, in 1962 details about the affair became public. What also emerged was that Keeler may have had a relationship with Yevgeny “Eugene” Ivanov, a senior naval attaché at the Soviet embassy in London. It was potentially a dangerous breach of national security at the height of the Cold War. The controversy built momentum and finally led to Profumo’s resignation.

At this point, he simply vanished, and no one seemed to care what happened to the sinful former Minister. Decades later, this past year, Profumo died and the story of his redemption emerged. He spent his remaining years helping others in obscurity, with caring and compassion. At one point he cleaned toilets at Toynbee Hall, a charity in London’s East End and “had to be persuaded to lay down his mop and lend a hand in running the place.” He refused the limelight, he turned down interviews, never sought credit or recognition. He simply spent his life doing good. In his obituary, The Telegraph wrote: “He became known, in the last 40 years of his life, as a tireless worker for charity and as a man who bore his humiliations with enormous dignity and personal integrity.”

I tip my hat to Mr. Profumo. He became a chastened and changed man for much of his adult life. Doing good is such a powerful, natural part of our nature, as human beings. In these troubled times it’s worthwhile to remember that any of us has the capacity to change. What each of us chooses to do now with your life matters far more than what you did yesterday, last week, last year, or thirty years ago. What is your story?