Capitalism with a Conscience 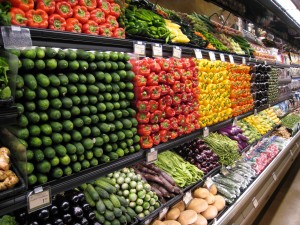 Whole Foods is one of those companies that deserves to be successful. It’s an amazing story and it deserves to be celebrated as an example for other business leaders in a time when our economy desperately needs new ventures that generate both jobs and profit in an ethical and responsible way. It’s regularly selected for Fortune magazine’s 100 Best Companies to Work For every year since the rankings began in 1998. It’s founder, John Mackay speaks my language: he strongly disagrees that a corporation’s top priority is to maximize shareholder value.

Ten years ago he wrote: “I’m a businessman and a free market libertarian, but I believe that the enlightened corporation should try to create value for all of its constituencies . . . customers, team members (employees), investors, vendors, communities, and the environment. My argument should not be mistaken for a hostility to profit. I believe I know something about creating shareholder value. When I co-founded Whole Foods Market, we began with $45,000 in capital; we only had $250,000 in sales our first year. During the last 12 months we had . . . a market capitalization over $8 billion.”

Its market cap now is more than $20 billion. Mackay is doing something right. He’s doing quite a few things right, in fact. He maintains that a company will grow and create profit if it keeps its eye on the welfare of all those different constituencies: it can’t be profitable, for example, if it fouls the environment or exploits the communities where it does business. It can build loyalty from customers and employees only if it acts in a way that doesn’t cause harm. As I pointed out in The Source of Success, we live in a world where customers can quickly switch to a competitor for nearly anything, and wholesome, organic food is no exception.

There has been a lot of debate about raising the minimum wage lately, but Whole Foods appears to be ahead of the game–and other companies ought to take note. The company has a controversial policy of making everyone’s salary public: everyone at the company knows what everyone else makes. At first it sounds like a violation of something most people consider to be private, yet it makes sense. If salaries are known, there is less chance someone is going to be paid more or less than that person’s work is actually worth. Anyone how knows he or she is making a reasonable wage, in comparison with others at his or her level, will be happier in the knowledge. And no one has any reason to be ashamed of what they make at the supermarket chain: the average hourly wage there was $18.89 in 2013, and the average annual pay was more than $39,000. That compares favorably with Mackay’s annual salary of $1. He isn’t making up for the lack of salary in stock options, bonuses or outright shares in the company. As he wrote in a letter to employees seven years ago: “I have reached a place in my life where I no longer want to work for money. The tremendous success of Whole Foods Market has provide me with far more money than I ever dreamed I’d have and far more than is necessary for either my financial security or personal happiness.”

He also has a policy of giving a share of company profit back to the communities where Whole Foods does business. For all of this he likes to agree with Adam Smith, father of the theory of the “invisible hand” of free market theorists, from Smith’s Wealth of Nations. Smith also wrote The Theory of Moral Sentiments which extolled the necessity for sympathy, empathy, love and social approval. In other words, it was Smith’s nod toward the other side of human nature: economics can be driven by both self-interest and a sense of caring for others.

As Mackay puts it on his company’s website: “The business model that Whole Foods has embraced could represent a new form of capitalism, one that more consciously works for the common good instead of depending solely on the “invisible hand” to generate positive results for society. To extend our love and care beyond our narrow self-interest is antithetical to neither our human nature nor our financial success. Rather, it leads to the further fulfillment of both. Why do we not encourage this in our theories of business and economics? Why do we restrict our theories to such a pessimistic and crabby view of human nature? What are we afraid of?”

Not everyone is afraid to do what he’s done. More and more often here, I’ll be calling attention to companies like Whole Foods that operate within the zone of Conscious Capitalism that he extols. There are more of them than you might suspect. Do you know of a company, of any size, that operates the way Whole Foods does? Tell us about it.