Believe and Research Both 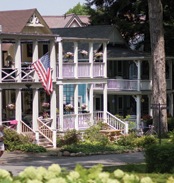 Now and then I hear from readers, often friends I’ve known for many years who finally read something I’ve written, yet this email was one of the most gratifying. It struck me as exactly what I wanted to achieve by writing The Constant Choice, to reach people like this, a young man I met in Chautauqua this summer. (Hearing from him is also the fulfillment of Chautauqua’s mission as well, to connect people who want to think hard about issues and behavior that have a chance at making the world a better place.)

(I’m) a Romanian student from Chautauqua, we had a little chat . . . that rainy Saturday afternoon if you remember.

I’ve been meaning to write to you about your book, which I finished a little after I returned from Chautauqua. I’ve since given the book to my girlfriend to read. ‘ve had a hard time readjusting to the all-too-familiar sights of rural Ohio after Chautauqua.

Having read your book, I cannot but marvel at how incredible your story is, and how real life sometimes surpasses any movie script. I find it inspiring, a true American Dream, and proof that there is some kind of universal law of compensation in this sometimes unfair world. I agree with a lot of your views and things you talk about in the book, some of which I have always wrestled with. I’ve always wondered about the Old Testament anthropomorphic God you talk about, and if He created us in His image or rather we created Him in ours. I definitely do believe that there is some kind of higher power than us, be it God or “the Universe”. A lot of my struggle has had to do with combining the religious view on God with what my brain tells me, keeping in mind that a loving God cannot create me with a functioning brain and expect me to not pose some valid (at least for me) questions. There is a Romanian saying, especially among people from the country side who are more  “simple” minded folks that goes “crede si nu cerceta” (believe and don’t research). I cannot do that with the way my brain works, maybe other people can…

I have a very critical view on modern religion, I believe that dogma is/was made by cynical men and heavily influenced by human traditions. The anecdote in your book — the one in which Jesus asks his disciples who do people say he is and Peter goes on to recite the whole Nicene Creed — perfectly summarizes what I think about doctrine. Another thing I agree with is trying to be a good person and doing good. In my conversations with friends and colleagues who are more traditional Christians I often hear “good deeds won’t get you into heaven”. After fighting the brief millisecond urge to punch them, I think to myself ” it may not save YOU, but it may make THIS world a better place, the world of your children and your children’s children, you selfish bastard!!” And of course, being a good person i think is about compassion, love, empathy, integrity, abiding to a moral code, and I believe one can be a good person (good in a secular way) without identifying himself as religious . . .