Be Epic. Be Disruptive. 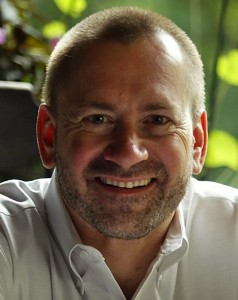 Following Bill Jensen’s train of thought is a bit like tracking a pinball as it caroms between one bumper and another. Each new idea follows the last, rapid fire, and you have to simply take your pick and focus—even as he moves on. If you do, you come away with something like a swing thought in golf: an image or idea you can hold in your head which can alter everything you do, just a bit, as long as you stick with it. Get that one engrained, then pick the next and apply that. Here’s some advice from the opening to Disrupt! Think Epic. Be Epic, his book of maxims on change:

Pick the five or six habits that excite you, scare, you, challenge you . . . and go directly to those. Ignore the rest of the book (for now). Bite off what you need. That’s your personalized handbook.

Trying to consistently apply even one or two is a worthy challenge: #11 Simplify Constantly; #16 Never Hesitate; #7 Fail More, Fail Faster.  Even just one of these notions, if applied to your work, or your life in general, for a week, would generate results. Jensen, the founder of the Jensen Group, is a change agent, a consultant who wants to wake people up to the need for disruption. It sounds negative, at first, but for Jensen being a disrupter is the only way to get ahead now. Disrupt or be disrupted. That’s pretty much his worldview. The rate of change has increased everywhere, in everything, and if you don’t get ahead of it, you’ll fall behind.

I was honored when Jensen organized a video call to ask me for my own views on disruption and then named me one of his Top 75 Disruptive Experts. I agree with him about the need for shaking up the status quo. If you want to make a difference, you have to stand up and stand out. That often means asserting what you believe in opposition to whatever common wisdom prevails. It’s risky. Different points of view threaten existing power structures. It isn’t safe. Yet, for Jensen, there is no way to find a refuge in something repeatable anymore. Advances in technology bring with them social, political and cultural change that require constant adaptation in any line of work or activity. In order to simply keep up, we all need to risk what we know and rely on. By making a leap into the unknown—if that leap is based in what we passionately believe—we might find ourselves landing somewhere ahead of the crowd. Everyone else will be struggling to catch up.

Jensen tells a great story: Jorge Barba, who runs Blue Maya, a marketing firm, grew up in Tijuana, Mexico. His grandfather taught him three lessons: make things useful; act quickly; and help others by giving them tools they need.  So when Barba joined FedEx, he followed his grandfather’s advice. When he was 18, FedEx hired him as a loading dock worker. Immediately he saw how he could easily improve the work flow. In his first month on the job, without approval, he broke rules he considered stupid in order to get results. He managed to do the same amount of work, in a given period of time, that it had taken three workers to do before he arrived. When his boss finally realized he was breaking rules, his results spoke for themselves. His disruptions were clearly productive.  Barba told Jensen: “A year later and FedEx had incorporated my workarounds into their revised processes.”

It was a risk. The sort of risk that could have gotten Barba fired. Instead, it launched his career. Jensen’s takeaway: as inspiring as the story is, even Barba’s sort of disruption may not be enough these days. What the world needs are people who are actively trying to improve even established best practices: disruption becomes a continuous principle of work.

What do you think? Have you gotten results by breaking rules in a beneficial way? Is disruption a positive factor in your own life?